Luxury seaside destinations: from Versilia to the French Riviera

There is no crisis or pandemic that hinder the housing market above a million euros. In fact, in this post-pandemic scenario the luxury real estate market has been marking a recovery confirming Italy as one of the most sought-after luxury destinations with buyers coming especially from the US and northern Europe. A trend that has been consolidating in the last quarter, with a figure that is almost triple compared to 2020.

The big city – tourist destination combo arouses great interest among buyers from UK, Mexico, US, Russia, Germany, Belgium, Netherlands and Sweden. Together with Rome, Milan, Florence, Venice and Naples, the most popular seaside locations are Porto Cervo, Porto Rotondo, Capri and Taormina. Nevertheless, the most sought-after are in Tuscany and Liguria.

At the top of the list of seaside resorts with the most expensive houses, we find the name of Forte dei Marmi, where Viale Italico in the prestigious “Roma Imperiale” occupies the fourth position in the ranking of the most expensive streets in Italy with an average of 2,880,000 euros. 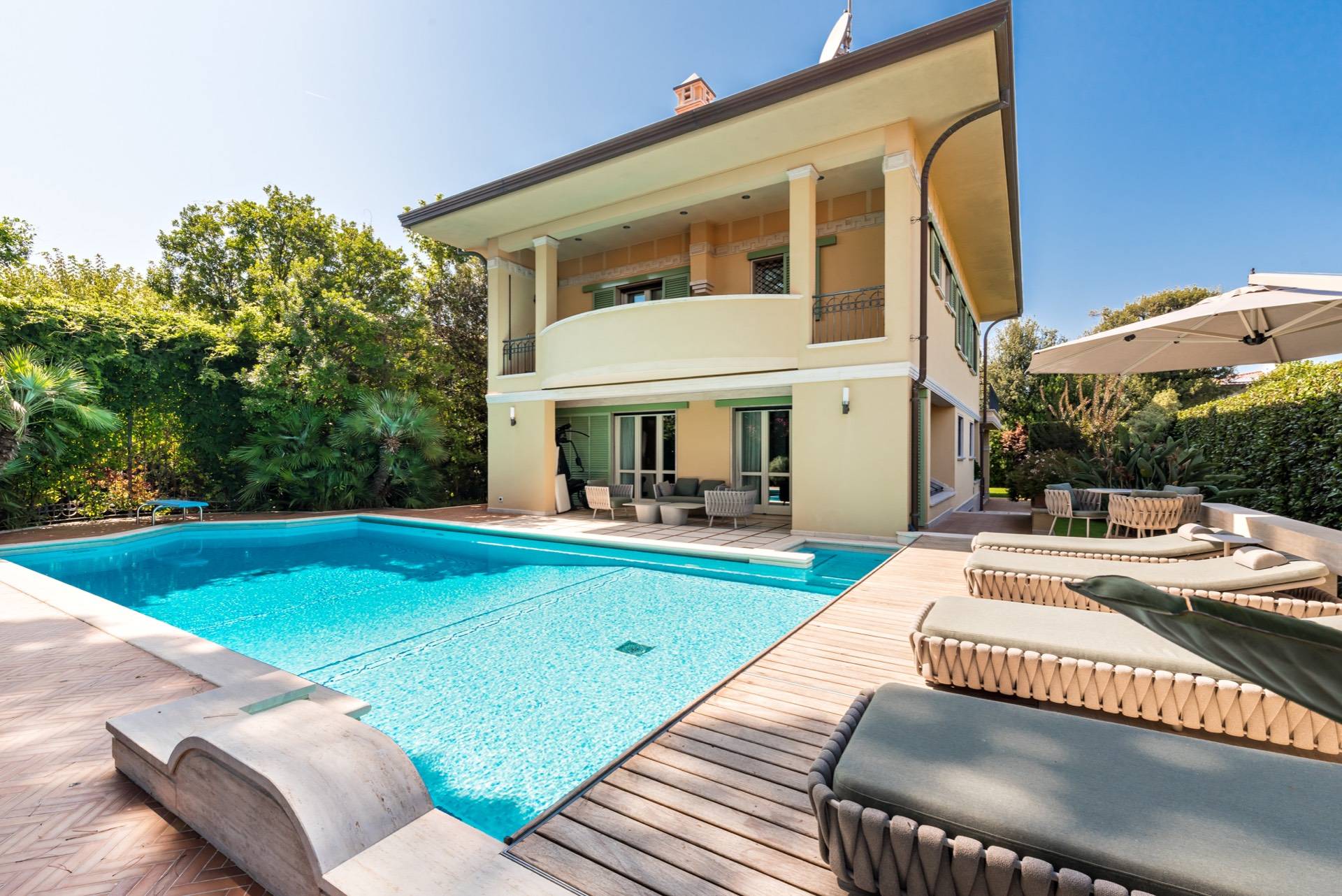 Via Gabriele D’Annunzio, a few meters from the beach, also offers villas for those who demand exclusivity, comfort, privacy and security. The prestigious Villa “Orchidea”, with a surface of 570 square meters, is a true oasis of peace and tranquility. Immersed in a luxuriant garden of about 2,800 square meters, the property is equipped with a mosaic swimming pool embellished with hydromassage. The interiors are characterized by a majestic marble fireplace, bathrooms in precious onyx and design finishes. The master bedroom on the first floor offers a panoramic view of the Apuan Alps, while the basement area, accessible via the staircase or the elevator, features an aquarium, a modern design bar with wine cellars and a home theater.

Foreign investors from all over the world keep increasing in Liguria as well. They are mostly English, Swiss, French, Austrians and Germans, attracted by a pearl of rare beauty such as Portofino: made famous by the marina with its houses overlooking the sea and by the promontory of incomparable splendor. 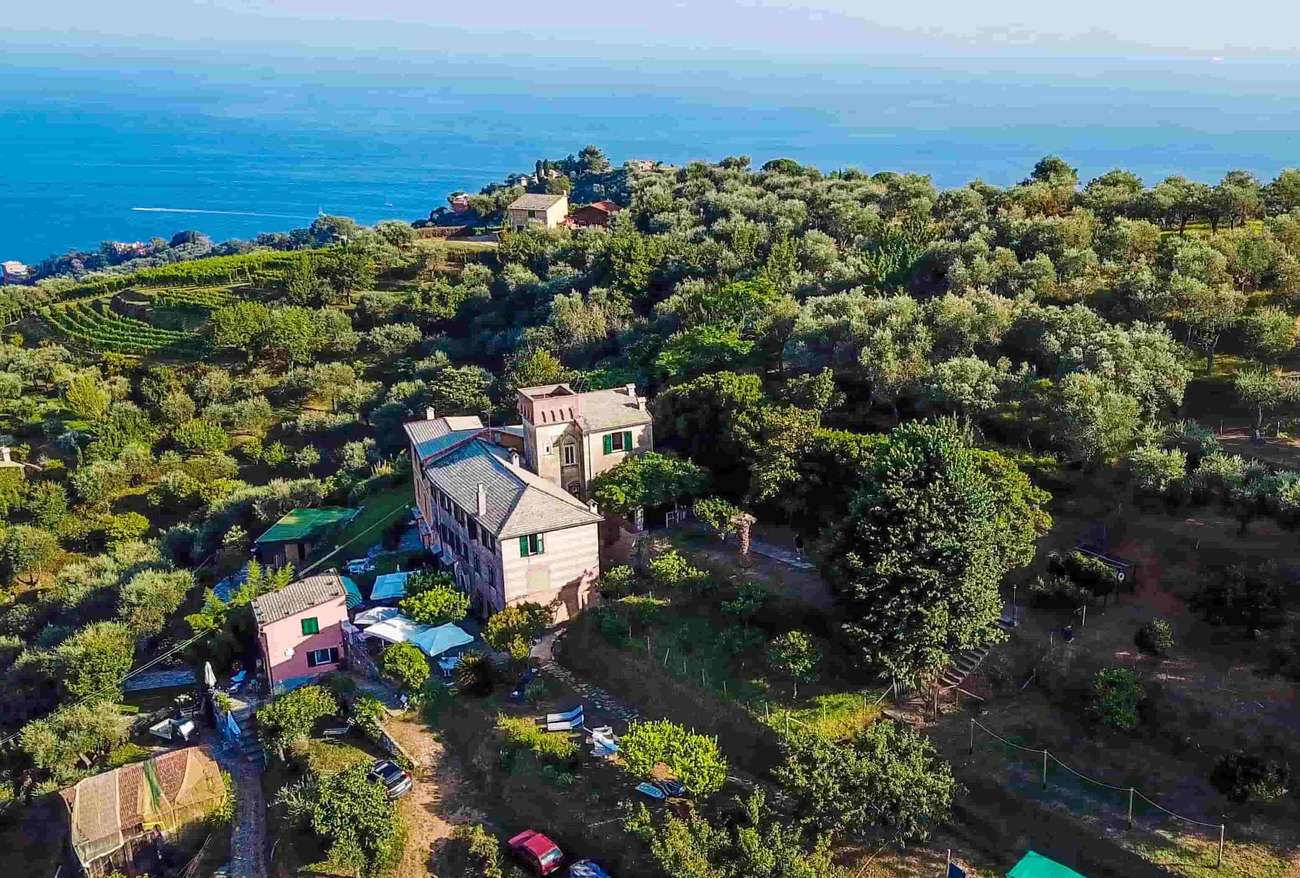 Framed by the characteristic promontory of Portofino, this 17th century estate, originally built as a farm for the production of oils and wines, offers a very bright apartment on two living floors, decorated with typical finishes of the time. The property includes a cellar, a 4000 square meters olive grove and a series of sea views that make this property simply unique.

As for the French Riviera, the luxury real estate market remains predominant domestic market. In 2020, 1.3% of second homes were bought by people not resident in France: a figure that is decreasing if compared to 1.7% of 2010. This trend appears to continue in the same direction throughout 2022.

Price growth has been largely static on the entire Côte d’Azur in the last two years. The real estate market in this area turned out to be mainly domestic, due to the pandemic, Brexit and the war between Russia and Ukraine. In fact, most of the buyers are French and Monegasque looking for second larger homes with a contemporary design. In 2020, only 1.3% of second homes were bought by people not resident in France: a figure that is decreasing if compared to 1.7% of 2010 and appears to go in the same direction throughout 2022. This the trend is recorded not only in Saint-Tropez and its surrounding areas, but in Super Cannes and Cannes La Californie as well. 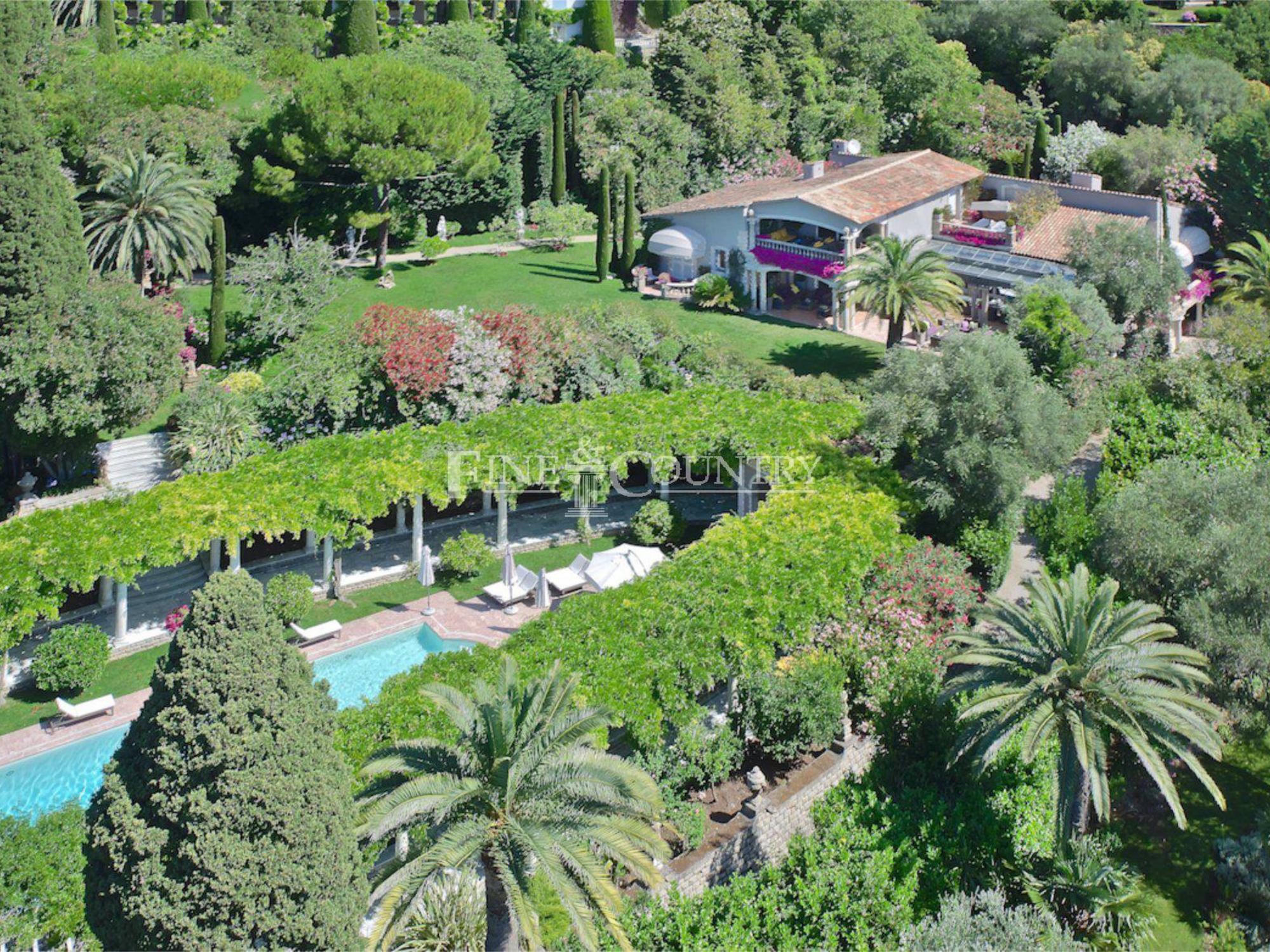 Just 5 minutes from La Croisette and the center of Cannes, this historic luxury property is a rare gem on the French Riviera, to say the least. The three-year renovation work has restored it to its former glory, while responding to the needs and expectations of a modern lifestyle: a discotheque, a cinema and a heated swimming pool are only some of the incredible amenities. Among the other hallmarks, we can find 52 Carrara marble columns creating an oval portico where a lush Wisteria intertwines. The whole, made even more special by the panoramic view of the adjacent Super Cannes hills and the sea below.

However, it must be said that foreigners are not only fascinated by hills overlooking the sea, ancient towers and historic estates: Courmayeur, Cortina d’Ampezzo, Lake Como, Lake Garda and Lake Maggiore are confirmed as the most coveted destinations for celebs and HNWI.

In any case, those intending to buy a prestigious home in Italy generally search for the well-known “Italian taste” as a guarantee of fine quality, authenticity and a sense of style internationally praised.

Join Our Network & Grow With Us

Professionals can join the fastest growing Network in the world. 221 partners with the very best agents, brokers, dealers and brands worldwide. Become part of the 221 Network and acquire new affluent clients and accelerate your sales.

For exclusive news and market updates sign up for our newsletter.